On the first Tuesday of April 1856, a meeting was held in the cabin of Joseph White, for the purpose of organizing a township and selecting township officers. Thirty voters attended and the following officers were elected:

The new village of Beecher was officially recorded at the Will County Clerk’s office in Joliet with the Recorder of Deeds on December 6, 1870.

The Beecher Post Office was established on June 21, 1870. It had been Washington Center Post Office for the previous eight years.

However the first official village meeting was not held until 13 years later. 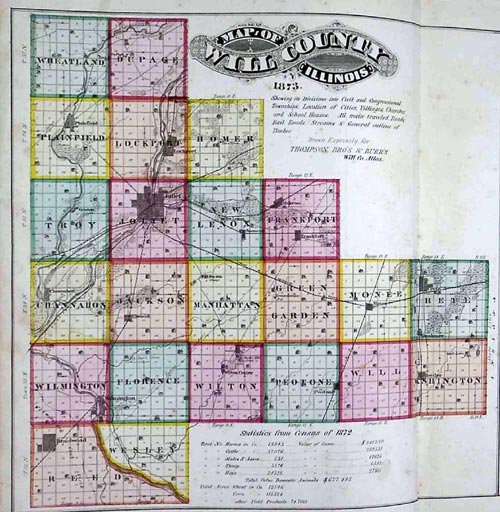 Will County Township division map circa 1873